On my blog today are some fall seasoned cards using powdered chalk and paint by Stamp N Plus. The image is dry embossed with an embossing folder by Darice and I painted over the design with a mixture of chalk and paint.  There's not a ton of difference between the two until the assemble. I used yellow cardstock behind the first and orange behind the second. I die cut the Spellbinders sentiment out of orange cardstock by Coredinations and adhered it to the front of the card. 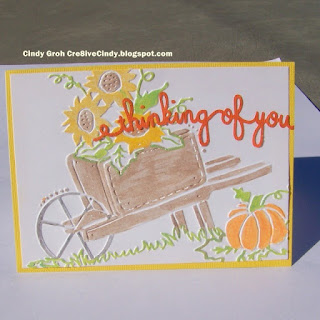 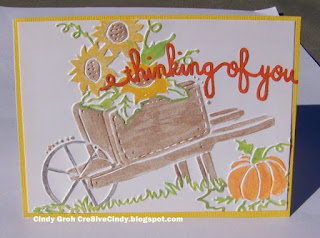 For the second one I chose to forego the sentiment and instead added some die cuts by Lawn Fawn out of glitter paper by Die Cuts with a View. 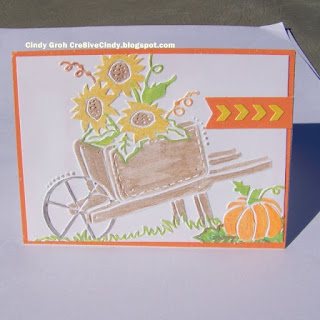 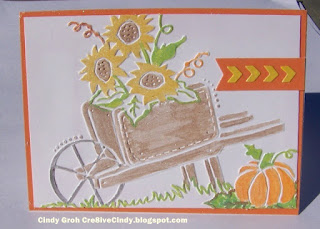 Thank you for commenting.
Have a great day.
Cindy