Today I have two similar graduation cards to share. I bought the background paper by Best Creations at a outlet store and it came with a bit of warping to it. I kind of don't mind because I think it adds a "want to touch it" interest. I think it's fun to watch people open the card and put their fingers over a certain spot that they're not quite sure about. The grad caps on the paper are like heat embossed with a sparkly black color which also adds the "want to touch it" appeal.

I die cut the stars with my Cricut and the Home Decor and More cartridge. It was a freebie in Cricut Craft Room and I love stars. I did all the layers to the image using blue Coredinations cardstock and grey by Recollections. I used foam adhesive on the last star of the die cut image to pop it up away from the other pieces. I'm not sure where the black congrats sentiment came from on the first card but on the second card I used a Clearly Besotted happy die and a Reminisce graduation sticker. The second card has a Spellbinders die behind the star which is paper by Stampin Up.

It just occurred to me that these two cards do not have any stamping on them. That rarely happens. 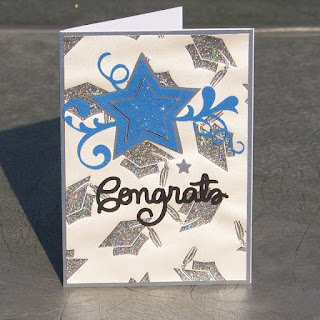 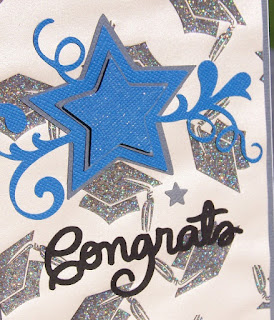 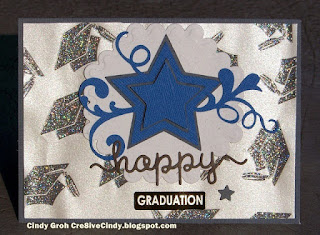 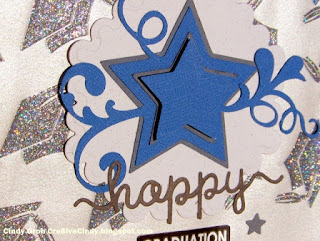 Thanks so much for looking.

Thank you for commenting. Due to an increase in spam, I have to start doing comment moderation.
Have a great day.
Cindy